skip to main | skip to sidebar

David Mackay of The Royal Society (bastards) has produced an excellent guide to balancing State energy budgets.
It is online; http://www.withouthotair.com/; and printed as a Creative Common.
It includes The energy cost of “defence”; a rare and important attempt at a fully referenced quantification of military consumption. R&D spending in the military sector is 40 times that spent on renewable energy.
He welcomes new information for future editions. It would be interesting to see consumption plotted against class. 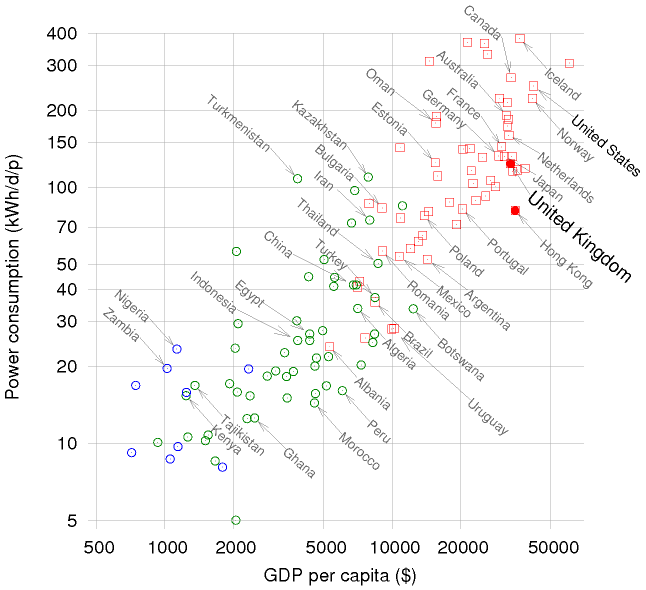 Update
Leaving a pause after publishing this book, the devious ruling class bastard has revealed his true colours; he is a Nuclear lobbyist. The analysis in his book can be used to demonstrate that if society used less energy we could live with 100% renewables, but as a powerful government advisor, Mackay has now come out against these changes and in favour of Nuclear.
This was soon followed by the news that the government intend to leave Nuclear waste in landfills in working class areas, and not in Professor Mackay's garden.
Posted by Newcastle/northeast climate action at 01:14

Class & carbon has been done, just not in that language. Fred ses
Take one measure: carbon dioxide emissions. Stephen Pacala, director of the Princeton Environmental Institute, calculates that the world's richest half billion people - that's about 7 per cent of the global population - are responsible for 50 per cent of the world's emissions. Meanwhile, the poorest 50 per cent are responsible for just 7 per cent of emissions. One American or European is more often than not responsible for more emissions than an entire village of Africans.
His work also extends to within-country variations. Recommend you follow the links. Somewhere in there is the video of a talk Pacala gave where he goes into more detail about this.

Was there any point to your "Royal Society - bastards!" snipe? Petty.

Spring is right around the corner-it's a great time to look into all the latest research and benefits of clean and renewable geothermal energy-it makes a lot of sense tapping into the earth for this super efficient and sustainable answer to our energy problems.

Newcastle/northeast climate action
Toonclimateaction is a group of indivduals that are concerned about climate change,habitat loss and social justice. We want to take action to stop the desruction of our natural resources and create a fair world for everybody to share.It feels like it's fairly pointless marching from A to B or sending loads of petitions to M.Ps if these methods worked we'd live in a utopia. As a species we need to act quickly if we are to avert climate change by taking direct action against the causes of ecological desruction,We need to live low impact lives and educate ourselves and each other to be able to live sustainable lifestyles.

Resource for the alternative and radical elements of Tyneside

No one is illegal